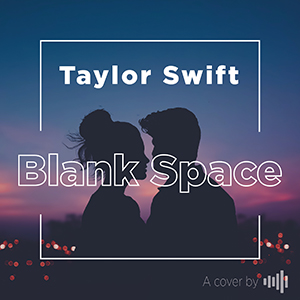 “Blank Space” is the second single from Taylor Swift's album titled 1989, which earned two GRAMMY's - “Album Of The Year” and “Best Pop Vocal Album.” It is also one of the 500 Greatest Albums of All Time according to Rolling Stone. In “Blank Space” Taylor pokes fun at the mainstream media's portrayal of her love-life. This is the perfect song for anyone picking up singing, as it often repeats the same note and melody. “Blank Space” does have quite a complicated rhythm, which makes the song groovier.