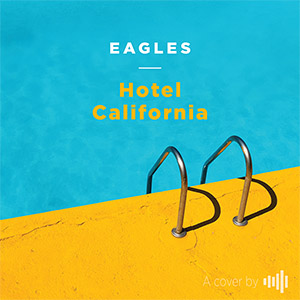 “Hotel California” was released in 1976, but is still considered one of the best-known rock songs. The most successful song from Eagles repertoire, “Hotel California” has reached the No. 1 position on the Billboard Top 100, and topped charts in many other countries. This is one of the songs that any guitarist should know how to play! The vocal part and rhythm are relatively simple, however, the guitar parts might pose a challenge. And crazy enough, there are over 10 different guitar parts in this song!