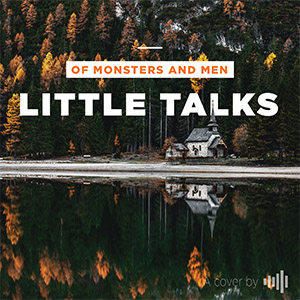 OF MONSTERS AND MEN

“Little Talks” is by far the most successful song by the indie folk-rock band from Iceland. This song is not only catchy and easy to sing along to, the chords and rhythms are also simple enough for beginners to learn! The band's debut album “My Head Is an Animal” reached the No 1 position in Australia, Iceland, Ireland and the US Rock and Alternative Charts. By the way, the band members have stated that they actually believe in real life trolls!