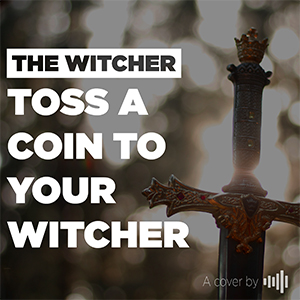 Toss A Coin To Your Witcher

“Toss A Coin To Your Witcher” was written for the Netflix series “The Witcher”, based on the fantasy novel and short story series written by the Polish author Andrzej Sapkowski. The Witcher franchise's popularity rose thanks to a video game series released under the same name. The critically acclaimed “The Witcher 3: Wild Hunt” received various awards, including Game of the Year in 2015 and 2016. “Toss A Coin To Your Witcher” features many medieval instruments such as the lute, hurdy-gurdy and atypical percussion instruments. It didn't take long for the song to become super-popular, with covers appearing on Youtube soon after the series release.