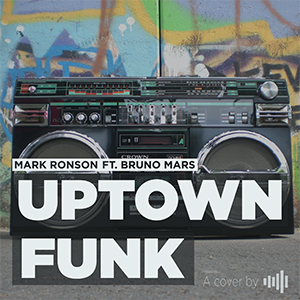 “Uptown Funk” by the British producer Mark Ronson and the American singer Bruno Mars is one of the most successful songs of the 21st Century. It’s music video is one of the most watched videos on YouTube, and it has gathered more than a billion listens on music streaming platforms! “Uptown Funk” has received the GRAMMY for the “Record of the Year,” yet it only has two chords making it a great and super-fun song to start learning an instrument with!