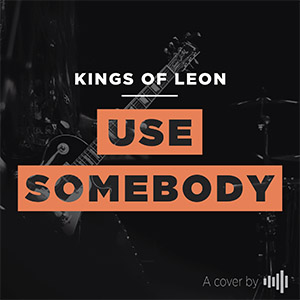 "Use Somebody" is a song by American rock group 'Kings of Leon' from their fourth studio album 'Only by the Night'. Released in 2008, this song topped charts in several different countries, including the United Kingdom, Australia, Germany, and many more. It was a huge success in the United States, where it topped the 'Pop Songs' chart. This song has a fairly easy vocal part with a narrow vocal range, but if you want to expand your instrument skills, this song is perfect for you!